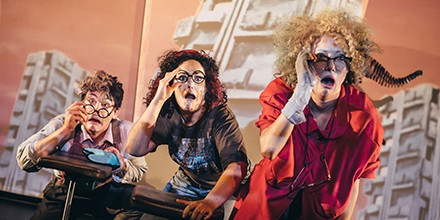 The Fringe is not just an item for the bucket list. With so many shows and venues on offer each year, there is a host of incredible and unique experiences to discover, so expect the unexpected and join us this August.

2. Anyone can perform at the Fringe.

The Edinburgh Festival Fringe welcomes anyone with a venue willing to host them to perform at the Fringe, truly making it the greatest platform for creative freedom on the planet. The Fringe’s open access ethos is what makes it so diverse and unique, where anything and everything goes.

3. It places third in the world for ticketed events after the Olympic Games and FIFA World Cup.

In 2017, nearly 2.7 million tickets were snapped up, making it the biggest Fringe yet. Only the Olympic Games and World Cup boast bigger numbers.

With over 3,000 shows across a huge variety of genres including acrobatics, magic, theatre, burlesque, hip hop, poetry, politics, beat boxing, opera and jazz, there’s something for all ages and appetites at the Fringe.

There is already an abundance of amazing shows on sale online, with more and more being added each month. Look out for the official Fringe Programme which is launched on 06 June this year. 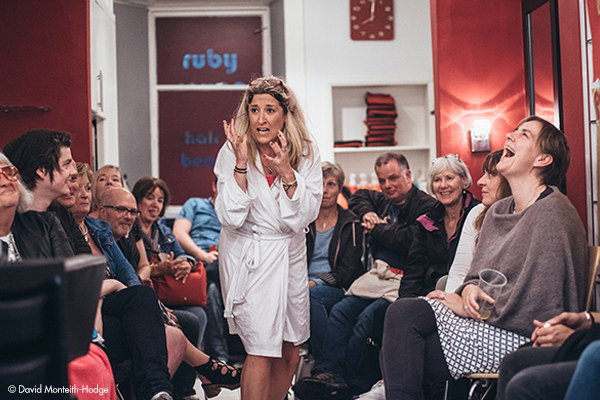 In 1947, eight performing groups turned up uninvited to the newly formed Edinburgh International Festival. Not being part of the official festival programme didn’t stop them donning their costumes and putting on shows on the ‘fringe’ of the festival anyway. Little did they know that over 70 years later, the Fringe would be attracting an audience of millions.

6. It would take you nearly eight years to watch every performance at the Fringe.

That’s over four million minutes. Or 2,855 days. While it’s impossible to see every show at the Fringe, the handy Fringe App can help filter the huge programme of shows, and there are plenty of performers in the city handing out flyers and pitching their shows to passers-by. 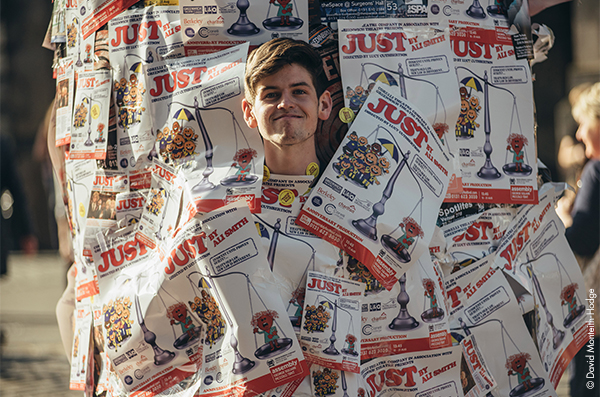 7. Almost anything can become a Fringe venue.

If you think performances only take place in theatres, think again. The Fringe has hosted shows in taxis, football stadiums, underground tunnels, swimming pools and on the beach. With over 300 venues across the city, Edinburgh is totally transformed for 25 days each August as unknown spaces morph into Fringe stages.

With shows from 62 countries in 2017, performers and audiences arrive in Edinburgh from all around the world every August to put on and enjoy some of the most exciting, entertaining and ground-breaking shows on the planet, from Korean drumming to German stand-ups, flamenco to home-grown theatre, you can go around the world in one city. 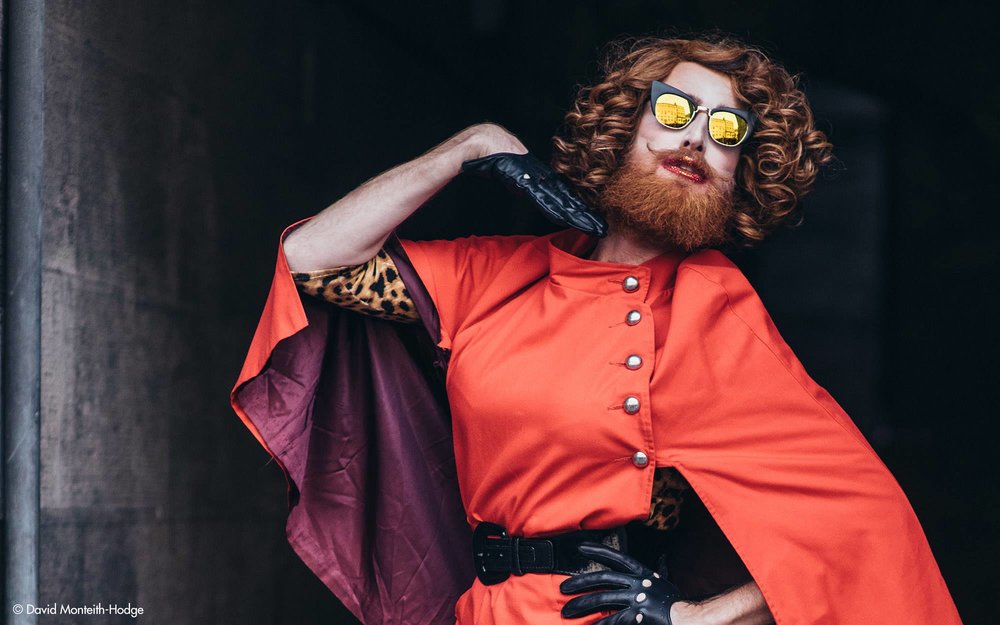 Known as Fringe Time, Fringe days begin at 05:00 and end at 04:59, so shows in the early hours will be listed for the day before. Fringe shows take place from breakfast time to the wee hours of the morning and many bars and pubs in the city are open until 05:00, making the city a 24/7 celebration of arts and culture.

11. Lots of famous faces got their big break at the Fringe.

Rachel Weisz, Steve Coogan, Billy Connolly, Jude Law, Emma Thompson, Stephen Fry, Mike Myers… just some of the big names that have performed at the Fringe over the years, while countless others got their big breaks in Edinburgh. Don’t miss the next big thing at this year’s Fringe.

With hundreds of free shows, 2for1 ticket offers, and the Virgin Money Half Price Hut, you can experience the Fringe without breaking the bank. You can also head to the Virgin Money Street Events to check out the sensational street performers, taking place each and every day at the Fringe on the Royal Mile and Mound.

Every ticket you buy through the Fringe helps us support the amazing artists that make the festival happen. The Fringe Society, the charity behind the Fringe, is also working to make the Fringe as accessible as possible to D/deaf and disabled audiences (amongst others), and is active all year round in reaching out to performers and punters around the world, spreading the word about the wonders of the Edinburgh Festival Fringe. 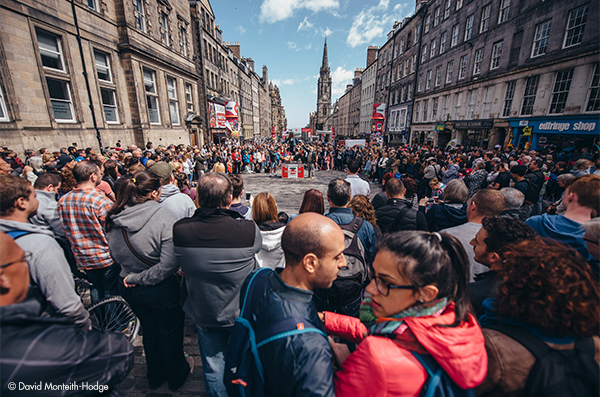 Fringe-goers bring an eccentric buzz that you just can’t find anywhere else. Come and find out for yourself.