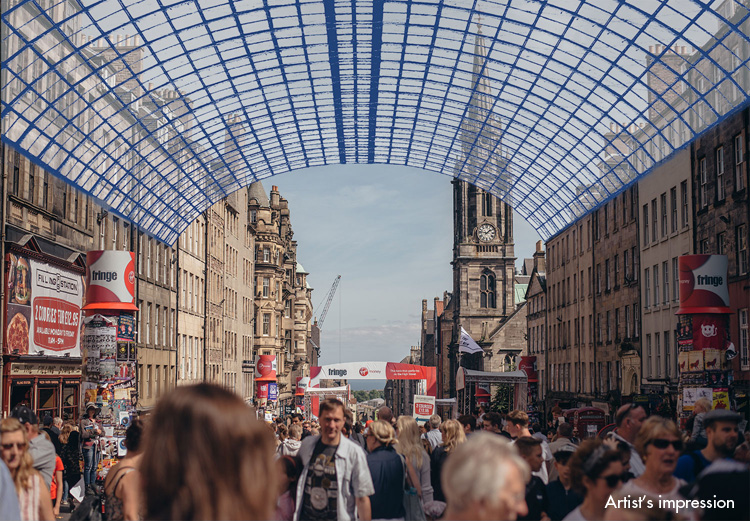 The Edinburgh Festival Fringe Society has unveiled plans to construct a pioneering glass roof over Edinburgh’s iconic Royal Mile to coincide with the 70th anniversary of the Fringe.

To combat the notoriously fickle Scottish weather, the Society has announced plans to cover the High Street section of the Royal Mile which hosts the world-famous Virgin Money Street Events in August. Following in the footsteps of the Wimbledon Championships, the move will allow visitors to enjoy the world’s largest arts festival whatever the weather.

Fringe veteran, Rufus Glazer, who has attended the Fringe for 70 years said 'It’s smashing news that they’re erecting a roof over the High Street. Over the years, I’ve gone through countless umbrellas and ponchos.'

Xi Ling, a street performer who has entertained crowds on the cobbles of the High Street for six Fringes said 'This is amazing news for us fire-eaters and flame-throwers. The rain kept extinguishing my flames.'

The glass canopy, the first of its kind in the UK, has been designed by world renowned architecture firm Polar Foils and is set to be completed in time for this August’s Fringe. The structure will be made up of 1,947 glass panels, individually designed to meet the unique challenges of the build within the city’s UNESCO world heritage site. Phase one of the development is set to run from Cockburn Street to Parliament Square with further expansions in the pipeline. 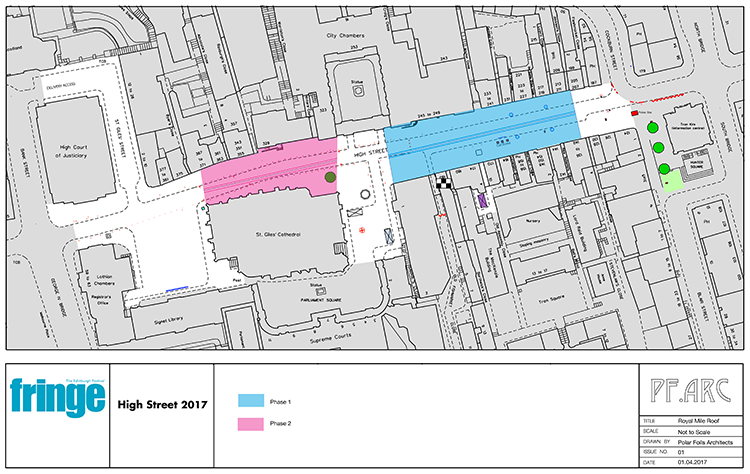 Senior Associate at Polar Foils, Ray Norshine, said: 'At first we thought this opportunity to transform one of the city’s most iconic spaces was too good to be true. However, on reflection, we realised we’d be fools not to take it on.'

Chief Executive of the Fringe Society, Shona McCarthy, said 'We’re thrilled to announce these ground-breaking plans which will allow Fringe-goers and performers to enjoy what the Fringe has to offer come rain or shine. The Fringe has been defying the norm for 70 years, from now on it’ll be defying the storm too.'

We hope you enjoyed our fictional story about constructing a roof over the Royal Mile!

Although we're not building a roof, the Edinburgh Festival Fringe Society is a registered charity and every penny you give makes a difference.

The generosity of our supporters plays a vital role in helping us to continue to support the participants who come to the Fringe each year and help audiences navigate the greatest platform for freedom of expression in the world!

If today's news put a smile on a face why not find out how you can support our work.

Find out how you can support the Fringe Society