Support the Fringe at the 2015 Virgin London Marathon

The Edinburgh Festival Fringe is the greatest arts festival in the world, taking place each August in Edinburgh, the world’s festival capital. The Fringe is made up of the visions and ambitions of thousands of participants, from producers and promoters, to venue managers and individual performers.

The Fringe Society, a registered charity, exists to assist the amazing artists, producers and venues who create the Fringe each year with support, advice, information and encouragement; to assist the audiences who come to see the work on offer and to promote this wonderful and unique festival to the rest of the world. Continuing to support this wonderful creative endeavour wouldn’t be possible without the support of our many sponsors, individuals and organisations. We ask you to join us in supporting this challenge.

The Virgin London Marathon is another world class event, attracting thousands of participants and spectators from around the globe. Absolute marathon beginners share the same tarmac as their running (or celebrity) heroes, just like at the Fringe where both absolute newcomers and established entertainers take the stage. 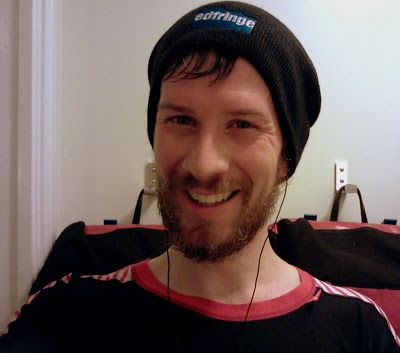 Colin says: "I've worked for the Edinburgh Festival Fringe Society since the spring of 2010, and each year witness first-hand the courage and passion of artists, and infectious excitement and support of audiences who make the Fringe the greatest arts festival in the world. I am proud beyond measure of the work we do as a Society in supporting the thousands of performers and audience members who light up the city each August, and treasure the small role I am fortunate enough to play as part of it. It just so happens that this year, that role happens to include participation in a 26 mile 385 yard piece of performance art with a cast numbering in the tens of thousands." 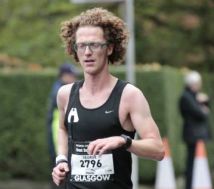 George is delighted to be supporting and running for such a worthy cause. He says: "It makes a difference knowing that all the training and mileage will be worthwhile and that every donation will help continue all the great work the Edinburgh Festival Fringe Society does. As anyone who's been to Edinburgh during August knows, the Festival Fringe really is unlike anything else on the planet, so hopefully we can meet - and exceed - our fundraising target.”