Young curators making the most of Fringe experience

A unique partnership project between the Edinburgh Festival Fringe Society, Imaginate, and Lyra Arts has created an exciting opportunity for a group of young people as part of the 2017 Fringe.

The “Wee Night Out” project invited young curators from Craigmillar in the south east of Edinburgh to come to the Fringe to select a show to be part of the Edinburgh International Children’s Festival run by Imaginate in May 2018, at Lyra, their local arts venue.

The Wee Night Out group was made up of 14 young people aged 10 - 16 years. Together they attended nine shows at the Fringe which were a mixture of theatre and dance, suitable for a variety of age groups. 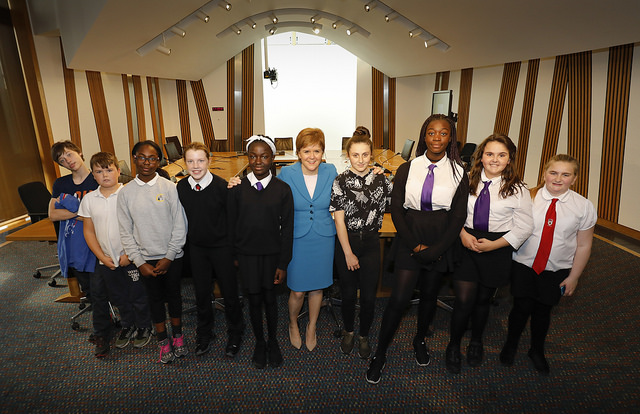 The group were invited to have lunch with the First Minister at Bute House and recently attended a tour of the Scottish Parliament.

The shows were preselected by Noel Jordan (Festival Director, Imaginate), while the Fringe Society gathered relevant touring and staging information on each production and acted as a liaison between Fringe artists/companies and the Imaginate team.

The group regularly met to discuss the shows they had seen and these sessions, which were facilitated by artist Lou Brodie, allowed the group to voice their opinions on each production and score them.

The Wee Night Out show which will be in the Edinburgh International Children’s Theatre Festival will be announced in 2018.

The Fringe Society were pleased to be part of this project and provided the funds to pay for tickets to the shows, and for the facilitation of the project. The chosen production will be funded by Imaginate.