Young writers step into the spotlight at the Edinburgh Festival Fringe

The Edinburgh Festival Fringe Society are delighted to announce the inaugural Fringe Young Writers’ Award and a Young Critics’ Programme, as part of our celebrations to mark Scotland’s Year of Young People. The initiatives are part of the Society’s wider Year of Young People programme of activity that will run up to and throughout the 2018 Fringe, aimed at inspiring and supporting the next generation of Fringe performers, audiences, arts professionals and journalists. 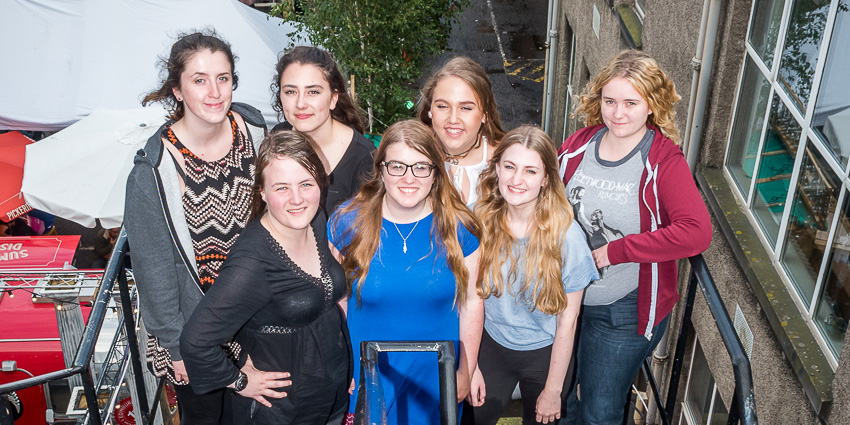 “The Fringe Society works to support everyone who participates in the Fringe, and we’re acutely aware of how important quality arts journalism is to the success of the festival. In Scotland’s Year of Young People, the Fringe Young Writers’ Award and Young Critics’ Programme, delivered in partnership with Youth Theatre Arts Scotland, will provide exciting opportunities for young people interested in developing their arts criticism skills.”

The Fringe Young Writers’ Award, open to young people aged 16 – 21, will be given for the best review of a 2018 Edinburgh Festival Fringe show by a young writer. The winner of the award will receive mentoring from arts writers at The Scotsman and paid work as part of the paper’s review team at the 2019 Fringe. Entries to the award will be accepted up until 18 August, with the winner revealed on 25 August.

“The Scotsman has always been a passionate supporter of the Fringe and we recognise the vital importance of developing new talent and encouraging young writers. We’re delighted to support the Fringe Young Writers’ Award, which offers a fantastic opportunity for the next generation of arts writers to put their skills to the test. We look forward to welcoming the winner of the award to The Scotsman’s arts team for the 2019 Edinburgh Festival Fringe.”

The Young Critics’ Programme will take 10 young reviewers through a series of workshops in the run up to and during the Fringe, delivered by Youth Theatre Arts Scotland, exploring a range of topics including the fundamentals of arts criticism and finding your voice as a critic. During the Fringe, the young critics will review shows and receive feedback on their work from leading arts journalists to progress their writing skills.

“We’re excited to be working with the Fringe Society to offer this unique opportunity during Scotland’s Year of Young People. The programme combines the skills, resources and commitment of both partners to a vibrant cultural voice for Scotland’s young audiences.”

The Young Critics’ Programme is open to young writers across Scotland aged 16 – 21. The application process opens on 07 May and closes on 24 May.