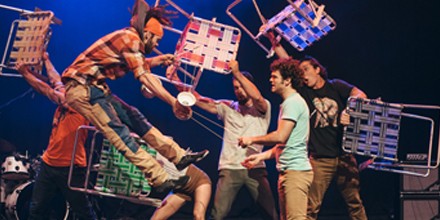 Introduction to the Fringe

The Edinburgh Festival Fringe is an open access arts festival, the largest event of its kind in the world. It began in 1947 when eight theatre companies turned up, uninvited, alongside the acts performing in the first Edinburgh International Festival. Since then the Fringe has not only come into its own, but has become the biggest of Edinburgh’s festivals.

During the Fringe, the Society manages two vibrant street performance and market spaces in the heart of the city: The Royal Mile (between Cockburn Street and George IV Bridge, also known as High Street) and the Mound Precinct. These spaces become the focus of the festival atmosphere that takes over Edinburgh in August, with thousands of locals and tourists mingling to see the spectacular acts that travel from all over the world to entertain the crowds.

The markets are an integral part of the Fringe Street Events and run on West Parliament Square and the Mound Precinct throughout the Fringe.

If you wish to trade on the streets of Edinburgh, outside the areas that the Fringe Society manages, you will need to make the necessary arrangements to do so yourself.

Street trading requires a licence from the City of Edinburgh Council. Contact them directly to find out what licence you require and to make an application.