High School of Dundee pupil Ailsa Purdie, 15, has been announced as the winner of the 31st Edinburgh Festival Fringe Society Schools Poster Competition.

Alisa was one of 1232 pupils from 69 schools all over Scotland that took part in the competition. The judges praised her use of colour, design and humour. Her design will be used throughout the Fringe on the merchandise taken home by some of the millions of people that visit Edinburgh during August. 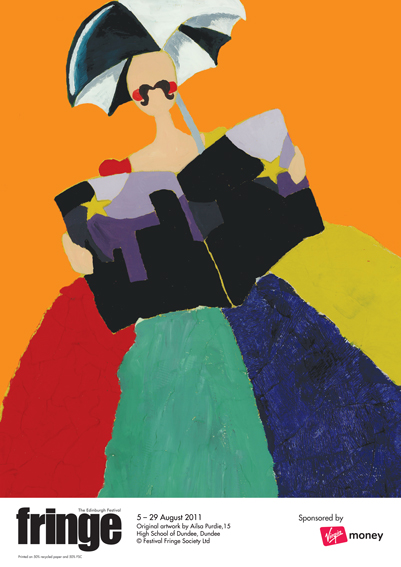 The annual competition helps bring the world’s largest arts festival into schools across Scotland. Young people from Dundee, Argyll, the Isles, Loch Lomond and from Ayrshire to the Outer Hebrides submitted entries.

There will be an exhibition at the Museum of Childhood from 9 June to 9 September 2011, where 71 posters, including the winner, two runners-up, 13 regional winners and 55 shortlisted entries will be displayed.

"Year in year out, the Schools Poster competition gets young people from all across Scotland engaging with the Edinburgh Festival Fringe, it introduces a new generation to the wonders of the fringe - that is how we build audiences for the future. Schools from thirteen regions across Scotland have entered pupils into the 2011 competition which this year showed a very high standard of design and originality. We are delighted to announce that Virgin Money is the key sponsor of this event and thank them for their support alongside the schools and teachers who worked with their pupils and the Museum of Childhood for hosting the exhibition for a second year." 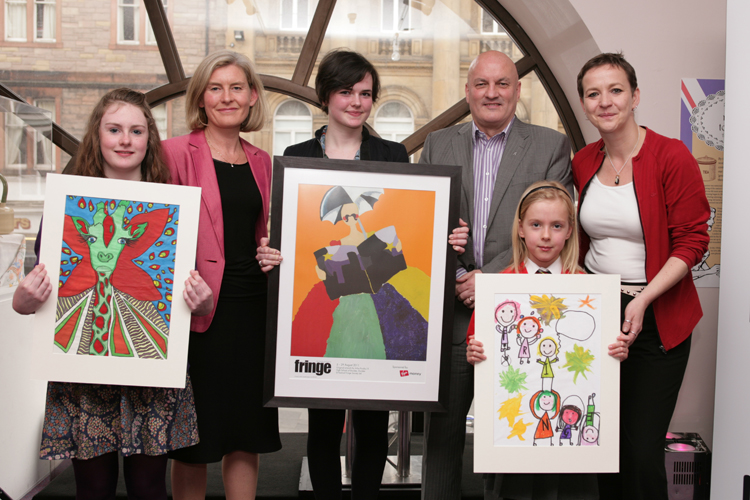 Grant Bather, spokesman at Virgin Money said: "We are delighted to be involved in the Edinburgh fringe school posters competition. Well done to the winner Ailsa Purdie and a big thank you to all of the schools and pupils that took part.

"As the first Virgin Money Fringe on the High Street we look forward to seeing the winning design throughout the streets of Edinburgh."