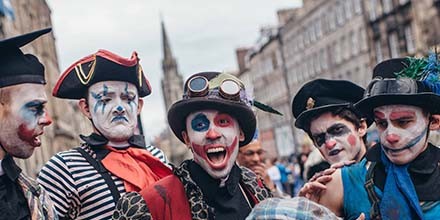 Today the Edinburgh Festival Fringe Society and Lothian launched the 2018 Fringe Days Out scheme, providing £50,000 of Fringe vouchers and Lothian bus tickets to reach those in Edinburgh that have never experienced the Fringe before. 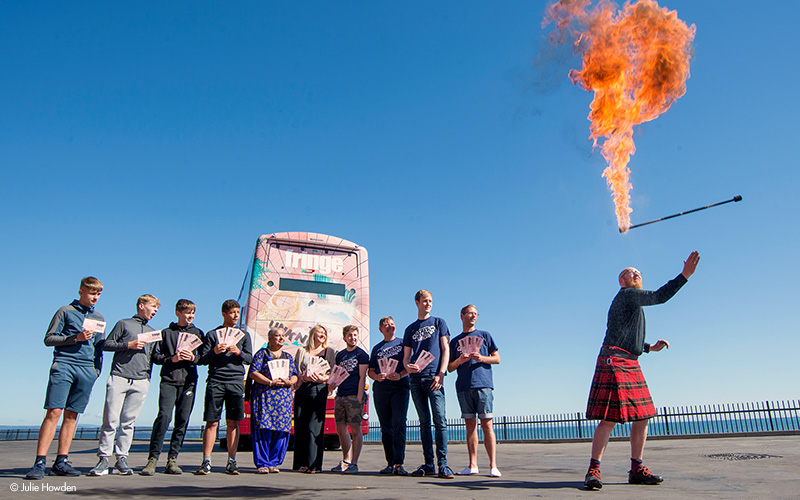 29 charities and community groups will participate in the initiative, including Stepping Stones North Edinburgh, Dads Rock, LGBT Youth Scotland, Lothian Autistic Society and Young Scot. The Society has committed to continuing the Fringe Days Out scheme for the next five years, with an ambition to double the value of Fringe Box Office and travel vouchers gifted from £50,000 to £100,000 by 2022.

Shona McCarthy, Chief Executive of the Edinburgh Festival Fringe Society, said:
“We are thrilled to announce that the Fringe Days Out scheme will continue in 2018. Removing barriers to attending the Fringe is one of the Fringe Society’s key priorities and this initiative is a crucial step towards achieving that goal. Fringe Days Out provide an opportunity for communities across Edinburgh to connect with the festival, enabling families and individuals to experience all that the Fringe has to offer at no cost to themselves.

“In 2017, an estimated 1,800 people benefitted from Fringe Days Out, with many experiencing the Fringe for the first time. I look forward to working with Lothian and the 29 fantastic charities from across the city to enable more people to engage with the festival and encourage the next generation of Fringe performers and audiences.”

Gaynor Marshall, Communications Director for Lothian, said:
“We are delighted to be partnering Edinburgh Festival Fringe to support Fringe Days Out again this year. Lothian is proud to be a part of the community and this joint project allows families to enjoy all the festivities of the Fringe with free travel to and from festival venues.”

The Fringe Days Out initiative continues the strong partnership between the Fringe Society and Lothian, which began in 2014. This summer will also see four Fringe-branded buses making their way around Edinburgh, as well as Fringe venues being added to the Lothian bus and tram app – all helping make the Fringe as accessible as possible to Edinburgh residents and Fringe visitors alike.

Kirsten Law, Youth Development Worker at Citadel Youth Centre in Leith, said:
“The Fringe Days Out scheme has made a positive difference to so many of the families and children that we work with. Last year, none of the parents or children that received vouchers had attended the Fringe before, despite living in Edinburgh. The bus tickets also made it much easier for families to get around the city and were very gratefully received.”