Street performers at the Virgin Money Street Events will be equipped with iZettle Readers during the 2018 Edinburgh Festival Fringe, allowing audiences who want to show their support to tap-and-tip using contactless or wearable technology. 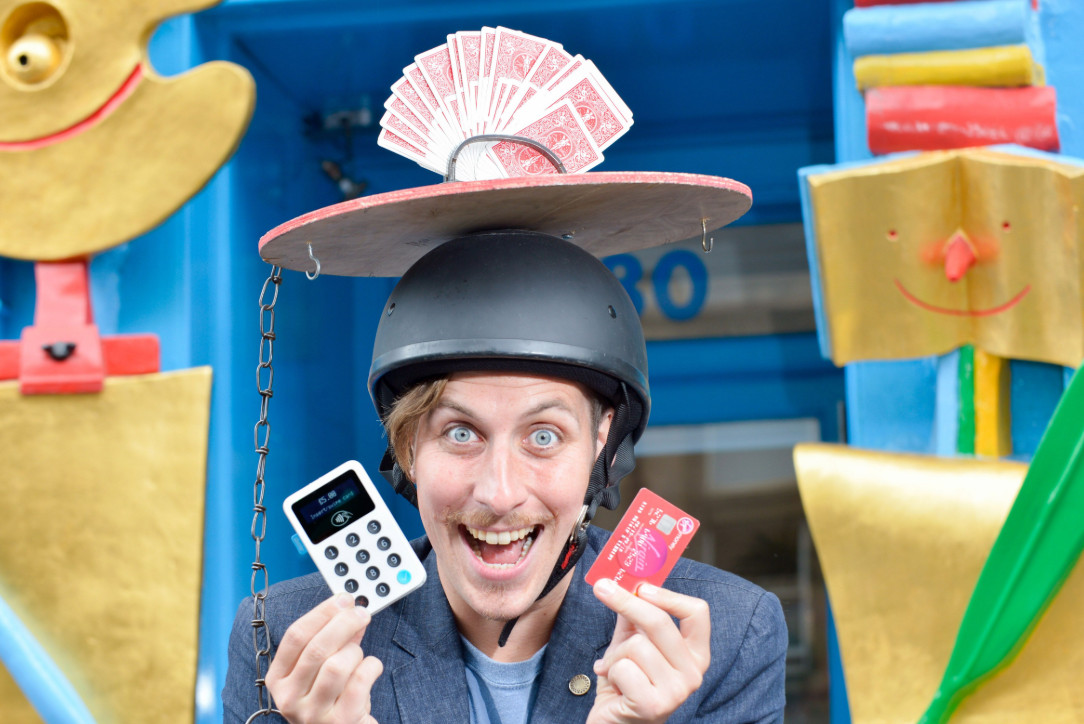 Using iZettle’s newly released Repeat Payments feature performers can set a fixed tip amount (for example £2) and accept continuous contributions from spectators, whilst still performing.  The iZettle Readers have been introduced following feedback from street performers who have noted a decrease in the number of people carrying cash.

Super Scott, a street performer at this year’s Edinburgh Festival Fringe adds, “Until now I’ve relied on cash contributions from audiences and I have definitely noticed a dip as the number of people carrying cash has decreased. The introduction of iZettle Readers at the Fringe is really exciting, futureproofing street performance and offering audiences an additional method of payment when showing their appreciation.”

Andy Meldrum, Street Events Manager at the Edinburgh Festival Fringe Society, said: “Our street events are open to anyone and attract performers from all over the world. Artists rely on the generosity of the general public who stop to take in their shows when passing through our street event arenas.

“Whilst cash contributions have worked for street entertainers for hundreds of years, we need to respond to the changing circumstances, which are affecting street performers all over the world. Our partnership with iZettle is set to ensure our performers continue to get the support they deserve!”

Six tap-to-tip stations will be set up in the Royal Mile street events arena for the 2018 Fringe, with plans to extend the partnership over the coming years to cater for more of the festival’s street performers.

Edward Hallett, Managing Director at iZettle UK, said: “More than 70% of iZettle’s payments in the UK are contactless. Using our Repeat Payments feature at the Edinburgh Festival Fringe removes the manual payment process for artists, making tipping easier for the audience and performers alike.

“We’re really excited to partner with the Fringe Society to give festival goers the choice to pay in whatever way suits them best, whilst making sure each performer has the tools needed to get paid.”