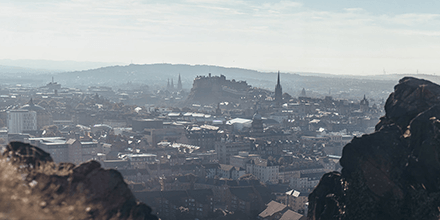 Made in Scotland Festival brings the Fringe to Brussels

In a celebratory spirit of internationalism and creativity, the inaugural Made in Scotland Festival will take place in Brussels, Belgium this June with a programme of classic Fringe performances.

The dance, music and theatre performances – drawn from previous Made in Scotland showcases at the Edinburgh Festival Fringe – will take place in six iconic venues in Brussels from 11 – 14 June. All performances will be free of charge.

The shows comprising the Made in Scotland Festival programme are:

The programme will be complemented by a mix of talks, workshops, events, gatherings and post-show drinks at the festival’s hub at Saint-Géry, plus a closing party at Recyclart’s new venue.

Fiona Hyslop, Cabinet Secretary for Culture, Tourism and External Affairs, said: ‘The Scottish Government has supported the Made in Scotland showcase at the Edinburgh Festival Fringe for 11 years – bringing the very best of Scotland’s music, theatre and dance to the stages of Edinburgh every August and from there enabling it to tour around the world. We are thrilled to be able to support this Made in Scotland Festival in bringing a taste of the Fringe to Brussels. Over four days we will be presenting work from Scotland and inviting the people of Brussels and Europe to come and enjoy it and engage with our artists. We are really looking forward to seeing the future collaborations and opportunities that will come from this initial event.’

Shona McCarthy, Chief Executive of Edinburgh Festival Fringe Society, said: ‘The Edinburgh Festival Fringe Society is very excited to have this opportunity to present a selection of works created in Scotland, and to be able to work with so many venue partners across Brussels. The Made in Scotland Festival is absolutely about presenting the best of Scottish dance, theatre and music, that has already been seen at the Fringe in Edinburgh, to a new audience here in Brussels. But also, and perhaps even more importantly, about celebrating culture’s ability to unite people across borders, connections and possibility for the future.’