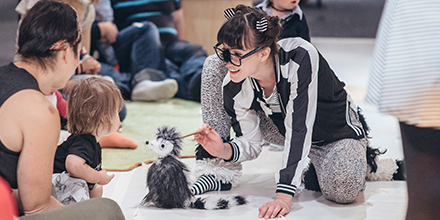 This guide will talk you through making work accessible for Deaf and hard of hearing people, autistic people, and visually impaired people. To start, we have some general information and tips.

Please note: this guide refers to D/deaf people. People who identify as Deaf are usually profoundly Deaf and identify as culturally Deaf. They often use BSL as their first language and are part of the Deaf community. People with some hearing loss may identify as deaf. English is usually their first language, and while they may have some knowledge of BSL they will tend to use spoken English.

Below are some organisations who provide resources and/or guidance on the development of accessible performances:

Stephen Lloyd of Amplified Theatre shares his experience making work inclusive and accessible but with limited budget. Find out about the creative solutions they have used which prove that putting on an accessible performance doesn't need to cost the world.