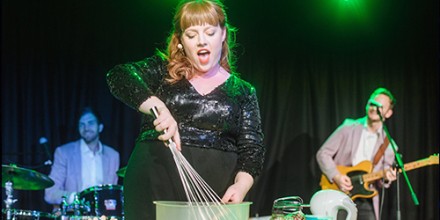 Some expert advice to get you started

Whether you’re considering pre-recording a show, or fancy performing live to an online audience, there are a few things to consider before going digital.

Live or pre-recorded, it’s important to make sure the end result is as good as it can be:

Ask peers, friends and family to watch your work and give feedback!

There’s no need to worry about live tech issues with a pre-recorded show, as you can keep trying until you get it right. The edit can be time-consuming, but it might also be your best friend in making sure the end product is what you want it to be.

If you’re new to creating pre-recorded videos here are a few things to consider:

Livestreaming or hosting a live online event can create a more immediate interaction with an audience, but it can lead to more technical issues during the performance.

Here are some things to consider if you’re new to livestreaming:

Please get in touch with [email protected] if you have any specific questions about the information on this page. A member of our team can set up a 10-minute slot to talk things over with you on the phone or on a video call.

Please note, slots are based on team availability.
Back to top
Last updated 02 February 2022
2